Aisa Pharma is dedicated to bringing new disease-modifying treatments to patients with rare serious diseases that are seldom the target of big pharma development programs and have few effective treatment options. The FDA defines rare diseases as being “orphan” when they affect <200,000 individuals in the United States. Aisa believes that select drugs belonging to a class of medicines called calcium channel blockers, which are commonly used to treat high blood pressure, can be “repurposed” to treat some of these rare diseases potentially providing further benefits when combined with other drugs and may improve not only efficacy but safety and tolerability. There are several types of calcium channels and Aisa believes that by selectively blocking certain calcium channels other than those targeted by existing drugs, that a differentiated treatment effect will be demonstrated. Aisa is initially focused on drugs that target the N-calcium channel specifically because of its role in the vasculature, heart, kidney, and nervous system.

“Re-purposing” a drug that’s approved for another indication, gives Aisa like other companies that have employed this approach, the assurance that the drug can be dosed safely, as well as information on dose. Many successful drugs have been approved through repurposing development programs and have enjoyed greater success in their repurposed use than in the original indication.  This significantly reduces the risk of development failure (by more than 50%), since most development candidates do not succeed because of side effects, and it further reduces the cost and time for approval since the prior safety database for the drug can often be leveraged in the application process. Almost a third of new drug approvals are repurposed drugs and some recent examples of approved repurposed drugs and their repurposed use include remdesevir for COVID, sildenafil for ED (Viagra and Revatio), minoxidil for hair growth (Rogaine), azathioprine for transplant rejection, thalidomide for leprosy, and methotrexate for Rheumatoid Arthritis.

Aisa has begun its development program with a plan to repurpose cilinidipine, a widely-used calcium channel blocker approved in Asia to treat high blood pressure that has unique N-channel blocking activity, potentially in combination with tadalafil, a drug commonly used to treat ED, for the purpose of treating Raynaud symptoms in patients with scleroderma. Aisa started the Phase 2 RECONNOITER  study in  2021 to investigate the safety and efficacy of the drug combination in 76 patients with the disease.

Aisa is a privately funded and owned biopharma development company.   To learn more about Aisa, contact us at info@aisapharma.com. 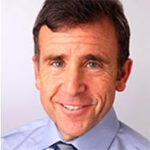 Dr. Sternlicht is an anesthesiologist and former pain management physician with more than 30 years of clinical and research experience. A graduate of the University of Pennsylvania and Yale Medical School, he is currently an Asst. Professor of Anesthesiology at Tufts University Medical Center. Dr. Sternlicht spent over 9 years in pharma and led clinical development and developed intellectual property at several pharmaceutical companies. He was involved in two US drug approvals and developed the initial clinical program and patents for a leading clinical program at Biogen. He previously held senior positions at The Medicines Company, Dyax, and two private companies. He is also the CEO and Founder HHRx Nursing Care Solutions, a 20 year old company in Massachusetts and has 8 US Patents and PCT patents issued or pending.

Asia is currently using several experienced consultants with decades of pharmaceutical development expertise to help in: 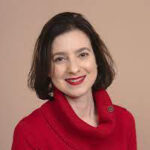 Robyn Domsic, MD is an Associate Professor of Medicine and Rheumatology at the University of Pittsburgh. She is the Director of the University of Pittsburgh Scleroderma Clinic. With >15 years of clinical trial experience in developing various therapeutics and clinical trials for scleroderma and Raynaud’s treatment agent, Robyn is an Advisor to the FDA on endpoint development for Rayanud and scleroderma treatment trials and the Chair of our Scientific Advisory Board. 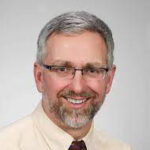 Jerry Molitor, MD, PhD is a Professor of Medicine and Rheumatology at The University of Minnesota and the Director of the Scleroderma Clinic. He has over 20 years of experience in development and clinical trials for scleroderma and Raynaud’s therapeutics. He has been on the Advisory Boards of multiple large pharma companies for these programs.

Aisa is currently evaluating its needs for several positions. If you are interested in opportunities at Aisa Pharma please send your resume and a cover letter to hr@aisapharma.com.