Aisa is enrolling patients with Secondary Raynauds, primarily due to Scleroderma in Australia in the RECONNOITER-1 study. This is a two-part study, with the first part (planned 36 patients) being dose finding and parallel design arms and the second part (planned 40 patients) being a double blind randomized crossover design where each patient is dosed with either placebo or active treatment separated by a washout period. The first part of the study has been completed.

Aisa is also planning several other development programs and has evaluated the biologic actions of Profervia® in preclinical studies. These activities are ongoing and the NIH may begin studying Aisa’s Profervia® as well in its Preclinical Screening for Pain Platform studies. The following diagram illustrates all of Aisa’s development pipeline and plans: 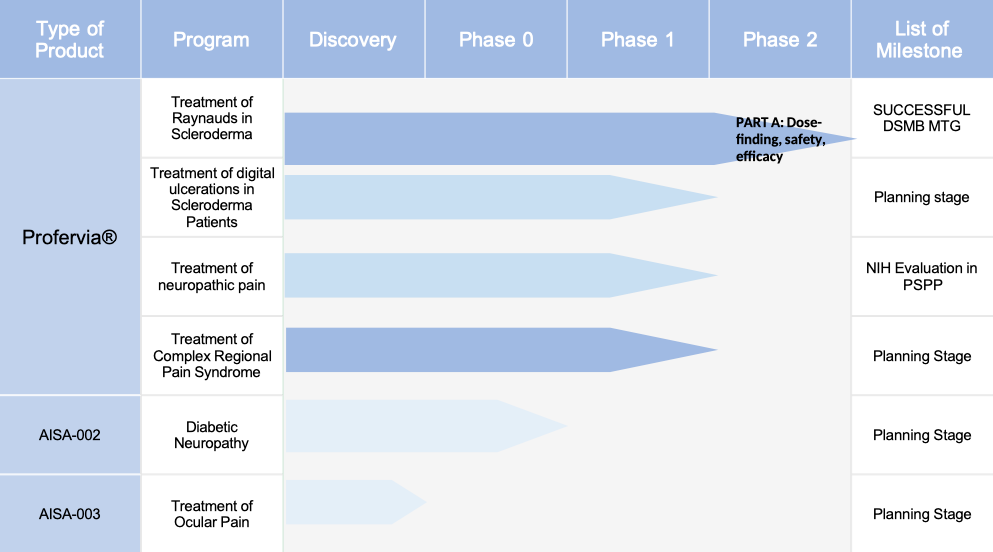