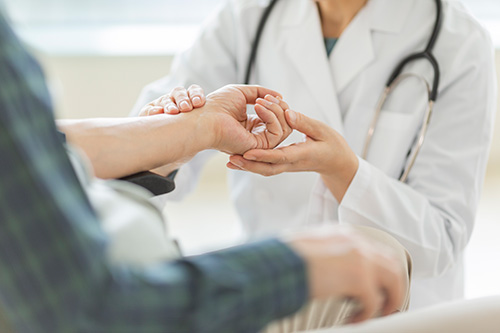 Aisa Pharma’s PROFERVIA® is a repurposed oral pill being developed for the treatment of Secondary Raynaud’s, primarily in patients with Scleroderma, containing Cilnidipine.

Cilnidipine is a dihydropyridine calcium channel blocker (CCB) first authorized for use in Japan in 1995 for the treatment of hypertension. It is marketed for this use in Japan, China, Korea, and India but not in the United States, Europe, or Australia. Cilnidipine has been shown to be better tolerated than the currently prescribed and approved calcium channel blockers in the United States, Europe, and Australia and is the market leading CCB in several of the countries in which it is approved. Tens of millions of patients take the drug daily and safely for hypertension and there are >500 articles in the literature on its use and properties.

Cilnidipine has never been approved by the US FDA for any indication, qualifying it as a new chemical entity (NCE). Aisa is evaluating cilnidipine monotherapy and the effect of combining cilnidipine with tadalafil (CIALIS® in a fixed dose combination in the RECONNOITER study program, a combination therapy that has never been approved anywhere in the world and will also be classified as an NCE by the US FDA. NCE’s gain at least 5 years of market exclusivity in most countries, during which no competitors can be introduced to that country’s marketplace. This exclusivity runs in parallel to the 7-year exclusivity granted under the FDA’s orphan drug program which Aisa believes it will obtain with its RECONNOITER scleroderma clinical development program.

Cilnidipine is a L and N selective calcium channel blocker, inducing vasodilating but also venodilating effects and decreasing blood pressure in hypertensive patients, but not in normotensive individuals. US-approved CCBs primarily target L-channel receptors, but cilnidipine has >50X activity on the N channel as these agents. This is key to its unique profile and benefits as the N channel is located throughout the body in the spinal cord, the kidney, the heart, on veins and on the endothelium (the inside of arteries). Various studies have demonstrated that it addition to its blood pressure lowering effect, cilnidipine has beneficial effects on kidney function, atherosclerosis, cardiac function, and nervous system (autonomic or non-voluntary) functioning. All of these body systems are adversely affected by scleroderma.

Tadalafil works by inhibiting an enzyme, called PDE-V, that breaks down a chemical called cyclic GMP in the body, thus increasing it levels. The enzyme is located in various body locations including the vasculature and on platelets and by blocking it and raising cGMP levels, blood flow is increased by increasing another chemical called nitric oxide which results in dilation of arteries. Although PDE-V inhibitors are used principally for the treatment of erectile dysfunction, pulmonary hypertension and for benign prostatic hypertrophy, they are used as second line treatment for scleroderma and Raynaud’s.

In combining the two agents, PROFERVIA® may demonstrate the beneficial effects of both. A previous study combining less effective and less well-tolerated calcium channel blockers with tadalafil showed a significant beneficial effect on Raynaud’s and skin manifestations in scleroderma patients.